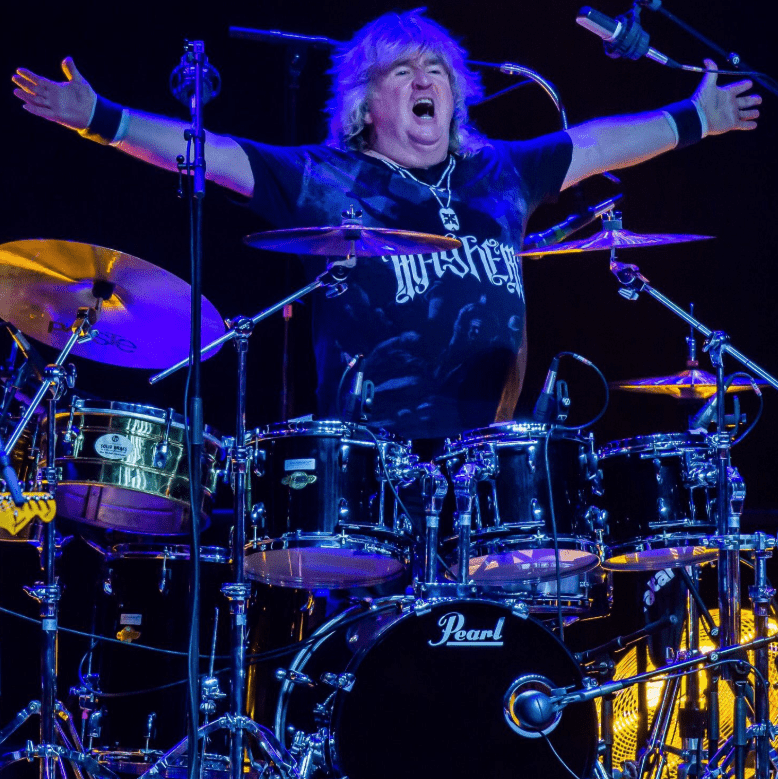 Bruce was born 16th November 1958 in Khulna, Bangladesh and started playing at 6 years old, the son of a celebrated semi-pro drummer, trumpeter and band leader from Glasgow, Scotland. While on their travels abroad Bruce played his first gig with his fatherʼs jazz band at an outdoor cinema in Nigeria aged 8.

On returning to Scotland Bruce dabbled with drumming but never really got things going until he moved south to England where he formed a band on his first day at school. Bruce began to get much more serious about playing & joined British Airways pipe band followed by Pride of Murray who were the perennial drum corps champions of England in the late seventies.

After deciding on a career in music Bruce broke into the New Wave of British Heavy Metal explosion that was happening at the beginning of the eighties. The band was Weapon who released the much covered Set the Stage Alight. It was through this band that Bruce first met Andy who, in 1982, was producing some of their new demoʼs and Bruce was by now only guesting on drums. The pair kept in touch & played together in a couple of bar bands in the late eighties leading to Bruce doing some gigs for The Sweet as a stand-in during 1991 before joining the band proper for the ʻAʼ Tour in 1992.