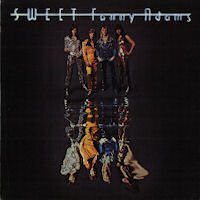 It means, essentially, f*** all, and though it sounds delightful, it has a dark historical origin: Fanny Adams was a real person, a child who was murdered and dismembered in 1867; she was nicknamed “Sweet Fanny Adams” during her murderer’s trial and execution because of her youth and innocence. Not long after, the Royal Navy introduced tinned meat rations, which the sailors referred to as Sweet Fanny Adams, a reference to the crime. Eventually, Moore writes, “the expression spread into wider use as meaning something of little or no value, and was commonly shortened to Sweet FA. In modern usage the phrase has become crossed with another, more impolite FA, which also means ‘absolutely nothing.’”