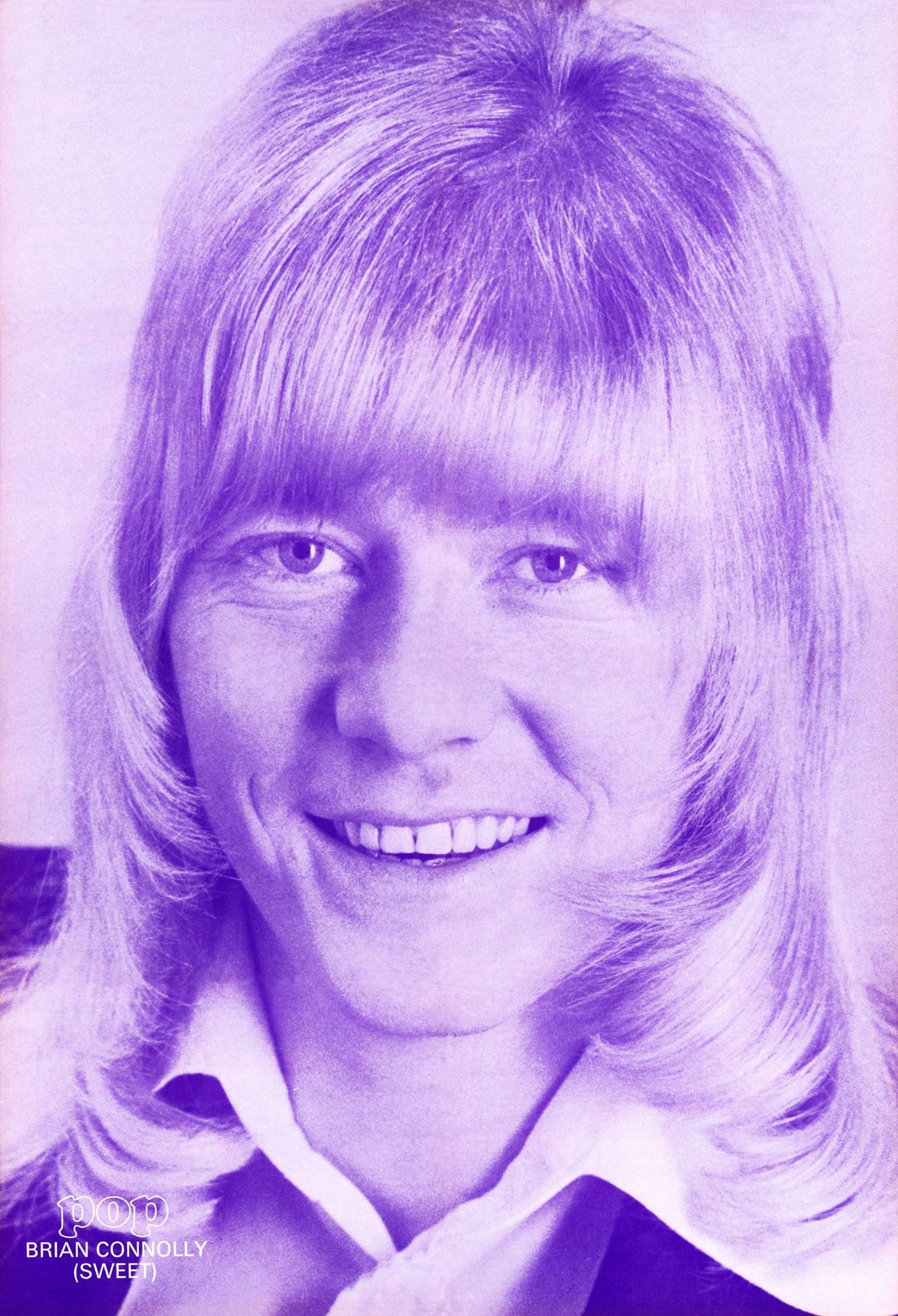 Brian Connolly was born in Hamilton, Scotland on the 5th October 1945.

He was adopted at the age of two and went by the name Brian McManus until he was 18, when he discovered that he was adopted and changed his surname to his mother´s, Connolly. He moved to Middlesex and joined Wainwright’s Gentlemen, replacing Ian Gillan.

Wainwright’s Gentlemen split up in 1968 without releasing any records. Connolly and Tucker stayed together and called the band Sweetshop, later shortening the name to Sweet. They recruited guitarist Frank Torpey and bassist Steve Priest.

And Brian was the perfect frontman for Sweet in the bubblegum and glam area, but Sweet was turning into a hardrock band, which Brian did not like and on February 23th 1979 Brian announced that he had left Sweet. The band, that was in the middle of recording the album “Cut Above The Rest”, decided to go on as a trio.

When Brian left Sweet he announced his intention to get into country music, which was easier on his voice, but his solo career never took off. The reason for this was no doubt his drinking problem, which ravaged his health.

In the late 80’s and 90’s Brian tried to live the sweet life with his versions of Sweet, called “New Sweet” and “BC Sweet” with various musicians.

Brian is said to have survived more heart attacks than any person ever, but toured as “B.C. Sweet” up till his death on February 9th, 1997.