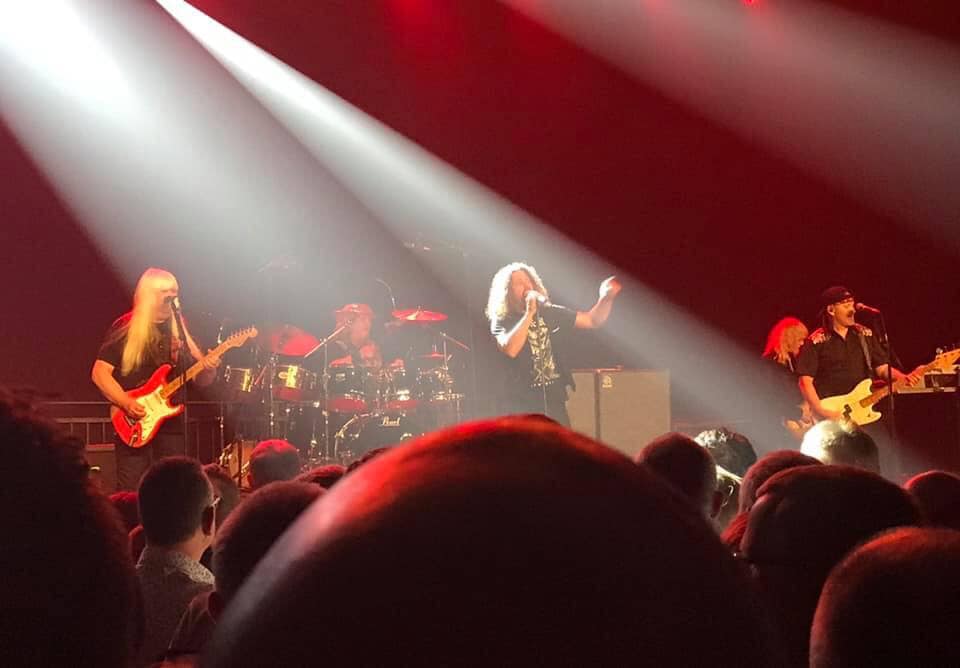 Sweet in Docken, Copenhagen on November 2, 2019

Last night Sweet played one hell of a show in Docken, Copenhagen. This was only the second show for this lineup. But you couldn’t see (or hear) that.
They were so tight that one would imagine they had been together for several years. And it really suits the band being a five piece band.
It leaves the new singer Paul Manzi with space to perform as a singer – and not as a singer/bass player. And what a performer he is. Magnificent voice that really gives the band a more rockier approach.
Great examples were blistering versions of “Burn on the Flame” “Turn it Down” and of course “Set me Free”.
It was amazing to see Andy Scott in the age of 70 ‘Still got the Rock’
It was obvious to everyone present that the band really enjoyed being there on the stage. And this feeling of joy was transferred into the audience who made a great atmosphere in the sold out hall.
What we witnessed here was not just a nostalgic band living on the past, but a really serious hard working band with a lot to offer here – now and in the future-
One last thing Andy – please keep Steve Mann in the Band.
Not the highest quality but my real camera were broken, so I had to settle for my iPhone.